Slow internet is a common problem with a lot of causes that aren't addressed the same way. Although, "call technical support" is a major tactic for many small problems, you may need to know more about your networking situation to make sure that your repairs are happening on time and aren't likely to return in a few days. Here are a few slow internet speed issues to understand, as you look through different internet service offers.

Fast internet is a boast that many companies use, but it's not a single statistic with a single function.

The first part of speed is the speed of the connection being sent to and from your computer. The Internet Service Provider's (ISP) infrastructure handles not only homes and businesses, but entire cities and districts, in many situations. Your connection is just a virtual fraction of that greater system, and your speed isn't determined by the maximum area speed.

Instead, you have a virtual speed that is set, determined on what you pay for. That speed can be affected by wiring failure or other system problems that must be handled by the ISP, or by problems on your computer, such as viruses or excessive downloading that becomes too much for your service plan.

Another cause of slow internet speed is data failure. If the data is corrupted, delayed, or otherwise fails before reaching your network, it has to be sent again. This failure manifests as some parts of the website, or other services, only partially loading, as other parts are sent again.

For the most part, such corruption needs to be handled by the ISP. Common fixes are simply restarting your modem or router, sending another modem or router, or figuring out the infrastructure issues that are beyond your control.

Wireless Internet Is A Growing Technology

Wireless internet is becoming more important as smartphones continue to grow in market share and common use. Although cell phone companies offer mobile data options, there are times where mobile data is too expensive or the signal becomes too weak. A home wireless connection is a great break from mobile data.

Unfortunately, wireless internet is inherently less consistent than a wired connection. That doesn't mean your wireless internet must be bad, just that with two equal connections using the same internet company, the wired option will be more consistent—even if by a minor, and perhaps irrelevant, amount.

Contact internet providers to discuss other speed issues with your connection, or to find a better internet service plan. 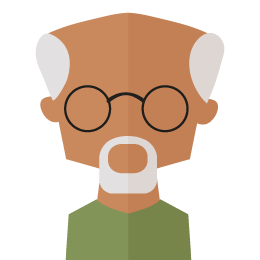 A few months ago when I bought my first house, I didn't think twice about who to use for Internet. I assumed that there would be plenty of providers to choose from--even though my house was located on the benches. Unfortunately, I quickly realized that my options were severely limited, as many providers hadn't run wires in the area. I want people to know that having the Internet largely depends on where you live, which is why I put together this blog. Read here to learn more about Internet service providers, and what could limit your ability to work from home.